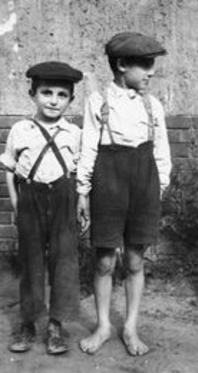 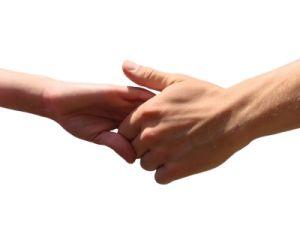 The process of selection which took place on the unloading ramps at Auschwitz was rich in incident.

The separation of the men from the women and children would spread anxiety through the whole transport.

This was increased by the further separation of individuals who were capable of work.

Those selected would attempt to run back and rejoin their relatives.

and it was necessary to use force to restore order.

One night in December I remember a particular train.
Somehow the Jews knew what was coming.

A group of them tried to escape.
There was shouting  and shots were fired.

We were ordered to search the area.
It was dark and extremely cold.

After an hour we thought we’d got them all
and could go back to barracks.

Then I noticed two boys hiding under a bush.
I’d say they were brothers, about four and seven.

I said,  Now come along kids!  Its cold out here!
Over there’s a big fire and I’ll take you there.

The older one was suspicious and wouldn’t move,
but the little one started pestering him.

He kept saying,  Let’s go with the uncle to the fire!
Finally the older one agreed and they crawled out.

I wasn’t surprised the kid changed his mind.
I could see that they were cold under the branches.

They took me by the hand, one on each side,
and I brought them back without having to use force.