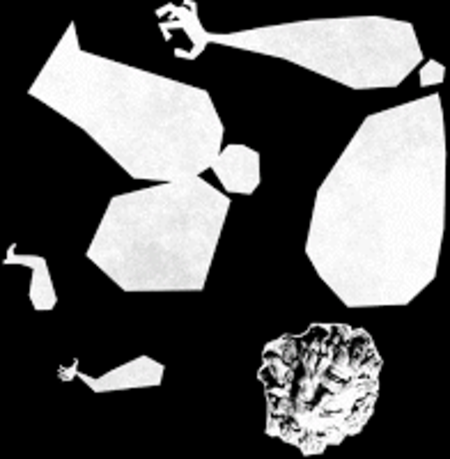 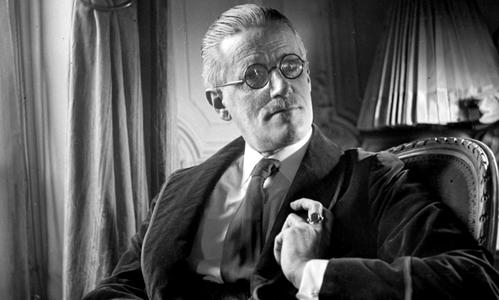 Finnegans Wake – “the book the web was invented for”

Hypertext -   text that links to other information. By clicking on a link in a hypertext document, a user can quickly jump to different content.

Tim Finnegan is the hero of “Finnegan's Wake”, a 19th-century song in the “stage Irish” tradition of American vaudeville
In the song, Finnegan is a hod carrier well-known for drinking on the job -- a habit which leads to his premature demise by falling off a ladder.
His family and friends gather for a wake which quickly descends into a drunken brawl.
Bottles are thrown, one of which breaks over the casket, pouring whisky over the body of Finnegan and miraculously reviving him.
In chapter one of Finnegans Wake, this tale is retold on an epic scale.

Finnegan shifts ambiguously from being the middle-class drunk of the song to a culture-hero of mythological proportions.
From hod carrier to Master Builder (masturbator), he becomes the progenitor of civilisation itself. A god, whose death provokes nothing less than the coming of an age of darkness and the dawn of a new historical era

At the wake, his family, in one of many disturbing perversions of the story of Jesus, literally feeds on his body. When he wakes they hold him down and convince him to stay dead. As this is a dream, the question of how much of him has already been eaten doesn’t arise. In any case, his relatives successfully subdue and bury him, in preparation for the arrival of his replacement.

riverrun, past Eve and Adam's,
from swerve of shore to bend of bay,
brings us by a commodius vicus of recirculation back to
Howth Castle and Environs      H.C.E.

There is an annotated version of the text online which reveals that the book, like other supposedly difficult modernist texts such as Eliot’s The Waste Land and The Cantos of Ezra Pound, is basically an early example of hypertext - crying out for the development of the web, which would enable the holding of multiple domains of knowledge in the mind at one time that a proper reading requires

Sir Tristram, violer d'amores, fr'over the short sea,
had passen- core rearrived from North Armorica
on this side the scraggy isthmus of Europe Minor
to wielderfight his penisolate war

The web has taken to Finnegans Wake with open arms. There’s a Twitter account, @finnegansreader, which is dedicated to tweeting the entire text, 140 characters or fewer at a time. With 1,500 followers, it shows a healthy level of interest in a supposedly unreadable book. Another, @FW_WOTD, tweets daily definitions of Wake words; it’s even more popular

Stephen Crowe, a Seattle-based illustrator, is working his way through a more thoroughgoing reimagining of the Wake on his Wake in Progress site. It’s an ongoing, image-by-image recreation of Joyce’s book as a kind of graphic novel. A project as insanely ambitious as this could only take shape online; print would be both too inflexible for Crowe’s slow pace and too expensive

Another Wake project that has been made possible by digital technology is taking shape over at Waywords and Meansigns. The musicians involved in this project are putting together a collaborative musical version of the whole book.

not yet, though all's fair in vanessy,
were sosie sesthers wroth with twone nathandjoe.
Rot a peck of pa's malt had Jhem or Shen brewed by Arclight
and rory end to the regginbrow was to be seen ringsome on the aquaface

The great fall of the offwall entailed at such short notice the pftjschute of Finnegan,
erse solid man, that the humptyhillhead of humself
prumptly sends an unquiring one well to the west
in quest of his tumptytumtoes

and their upturnpikepointandplace
is at the knock out in the park
where oranges have been laid to rust upon the green
since devlins first loved livvy.

Assiegates and boomeringstroms.
Sod's brood, be me fear!
Sanglorians, save! Arms apeal with larms, appalling.
Killykillkilly: a toll, a toll.

O here here how hoth sprowled met the duskt
the father of fornicationists
but, (O my shining stars and body!)
how hath fanespanned most high heaven the skysign of soft advertisement!

But waz iz? Iseut? Ere were sewers.
The oaks of ald now they lie in peat yet elms leap where askes lay.
Phall if you but will, rise you must:
and none so soon either shall the pharce for the nunce
come to a setdown secular phoenish  (within the cellframes  of mummery)

Bygmester Finnegan, of the Stuttering Hand,
freemen’s mau-rer,
lived in the broadest way immarginable
in his rushlit toofar back for messuages

but ere he swiftly stook it out again,
by the might of moses,
the very wat-er was eviparated
and all the guenneses had met their exodus

so that ought to show you what a pentschanjeuchy chap he was!)
and during mighty odd years
this man of hod, cement and edi-fices in Toper’s Thorp
piled buildung supra building
pon the banks for the livers by the Soangso.