On my first day at Auschwitz
I witnessed the gassing operation.
An SS officer offered to show me the process
and explain the procedure.

When we arrived at the building
a group of prisoners were sitting outside.
They had not been allowed to enter
as their clothing was so filthy.

The order was given to undress.
I could see by their reaction
that they knew what was coming.
They pleaded piteously with the guards.

Once they were all naked,
they were directed down some steps
then through an underground changing-room
into a gas chamber.

An airtight door was bolted behind them.
There was a small round window
through which it was possible
to watch the gassing.

We had to wait a while
whilst the temperature inside rose.
Apparently this was a necessary factor
as heat increased the efficiency of the process.

When the lights were switched off,
two SS Disinfectors, standing on the roof above,
emptied several tins of Zyclon B crystals into two tubes.
These tubes ran down into the chamber, and were perforated.

Due to the darkness
it was impossible to see the gassing,
but when the crystals were exposed to the air

they started to vaporise and the screaming started.

The sounds slowly died away.
After about twenty minutes all was quiet.
The extractor fans in the ceiling were switched on
and after a further twenty minutes the door was opened.

Covered in their blood and excrement
the bodies were twisted together
to form a large pyramid,
the strongest on top.

Some Jewish prisoners entered the chamber
wearing rubber aprons and gas masks.
They prised the bodies apart with metal bars
before hosing them down.

Hooks at the end of the bars
were then inserted into the mouths
and the bodies were dragged outside
to be piled up in the corridor by the lift.

From there they were loaded
onto the metal platform of the lift
which carried them up to the next floor
for an examination before the cremation.

Orifices were searched for valuables.
Dentists extracted the gold teeth,
dropping them into jars of acid
to dissolved bone and tissue.

Finally, bodies were loaded onto trolleys
which ran directly up to the ovens,
allowing the crematorium staff
to slide them into the flames.

Cremation took twenty minutes.
When the ashes had cooled
they were shovelled onto lorries
and driven to the river Vistula for disposal. 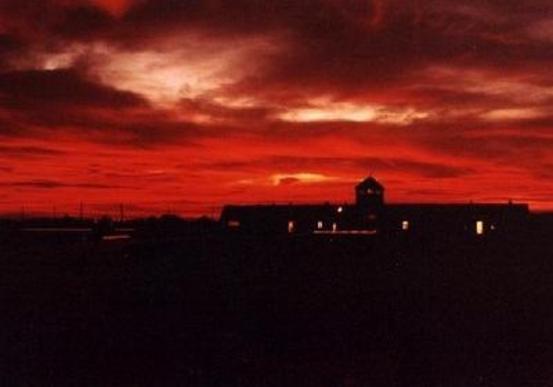